The attitudes towards albinism are well documented, but the formalities surrounding people who have albinism and the risks they face is still something that, particularly in eastern Africa and Tanzania specifically are largely still left properly unaddressed…

My first interaction with albinos was actually a slightly awkward one for me… A lot of what I’ve done this year alone, not taking into account all the other exposure I have had to issues throughout my life, has left me with a naturalised approach to issues, very informal and interactive but with albinos it was slightly awkward… I suppose the press they’re given is built up and so severe that upon interacting with them you’d be forgiven for thinking there was something wholly different which needed to be taken into account… That was far from the case, the kids I visited, apart from displaying various symptoms associated with the genetic condition were extremely normal, shy but easy going and friendly.. Their attitudes to me to where very normalised too. Why wouldn’t they be? Right? Or did you think similarly to me?

it started off with the kids being shy, even when this photo was taken by the staff whom the kids were familiar with.

I suppose there’s a lot in regards to perception and how we perceive what we see, there’s the old saying that you should never judge a book by its cover, but whilst this is almost part and parcel of society, a term everyone is familiar with, its always competing for a place in our mind to establish familiarities and things we can related to or trust – the importance we give to ‘first impressions’.

I’d like to think, and friends of mine will be the best gauge of this, that I treat (I definitely try) everyone the same, irrespective of caste, race, status, wealth, religion or ‘disability’ and what happened today is that in my conversations all I saw was people, normal people but marginalised and sadly so.

greeted with a shy audience, things quickly turned to smiles with references to popular culture such as music and having Facebook accounts. Photo this time by me.

Albinism is genetically characterized by the complete or partial absence of pigment in the skin, hair and eyes due to absence or defect of tyrosinase, a copper-containing enzyme involved in the production of melanin. As a result of this the side affects include a high risk of burnt skin whilst they also are at a higher risk of developing cancer. As a result a high factor sun tan lotion (factor 50 in this instance) is required as well as long sleeved clothes, trousers or long dresses and hats. Another attribute of albinos is poor eyesight – a lot of albinos can require prescription glasses to help their eyes focus, which if aren’t in place makes it hard for their eyes to stay in one place. Despite Albinism being scientifically explainable the routes of the issue lie far deeper culturally into these societies in East Africa. 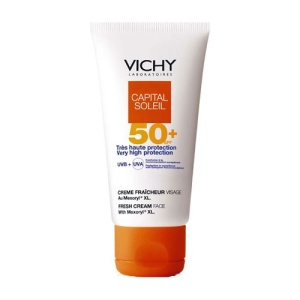 In rural parts of Tanzania and other countries there is a belief in the mysticism of witchcraft and the belief is held that potions can be created with the use of various body parts of albinos, from hair to hands, bones and even genitalia to increase an individuals power, or fertility. Another commonly held view is that by having sex with an albino it is meant to cure HIV. It’s a lucrative market too for those interested in possessing these so called ‘powers’ and there is sadly money being put into it – apparently a specific limb can go up to 2 million KSH – Close to 15,000 GBP in todays market, to upto 20,000,000 KSH for a whole body – close to 150,000 GBPs, which has become such common knowledge (and dangerously so) that people now approach their minders or mention in passing that they’re ‘walking around with money’. The reality though means that few who get their limbs cut off survive or are attacked for just that reason – many will just be killed for eases sake and for the profitability.

Disfigured. An albino boy has had his limbs cut off. Pain killers probably wouldn’t have been used.

The genetic side is also an irrelevance with various folklore stories suggesting that children or people who are albinos are albinos because the mother was bewitched and/or had slept with a white person amongst others. These beliefs have made life a constant struggle for albinos.

witch doctors are common in Africa and Tanzania is said to have some of the most powerful.. Do they stick to traditional methods though?

Stories of kidnappings, bodies being found with their genitals missing, murders, rapings along with stories of child molestation by a parent or a family friend are all potential sides to look out for or deal with if you’re born albino.

With child molestation and the stigmatisation of albinos within various parts of society, it is common to find children being brought up by one parent, or worse being abandoned altogether.. Everything becomes harder, attending school is deemed harder because of the special requirements perceived and the costs associated (adding to what is already a tough ask for many and is a constant struggle within developing countries in incentivising parents to send their children to school – Kenyan primary state school education is subsidised by the government) and the generalised attitudes that initially are there within african communities. a Bottle of sun tan lotion, which apparently used properly can last a month, costs around 1,200 KSH – 1,500 KSH, around 10 – 15 GBP.

The reality is that albinism is a gene which is apparently commonly found within a lot of people, the difference though comes in the sense that it may never be triggered.

All this paints a pretty unsafe and uncertain future for Albinos – the project I visited said in various areas they are encouraged not to go out on their own, women in particular are targeted as HIV is highly prevalent and in the african heat, unless catered for by sponsorship programs or albino based projects the costs, along with the various cultural stimgatisations can mean opportunities are limited and a lot of the time they are left to suffer protecting themselves and getting burnt frequently, tending to livestock or other rural jobs, if not being disowned by family.

So where does the money come from? Well, it would seem that the inherant and cultural integration of such mysticism and beliefs in witch doctors is widely agreed upon even if secretly so in the higher circles of parts of african society. Prestige and wealth is something all too sought after.

It does need to change though – the kenya government at the time of writing this have apparently finally allocated a 100 million KSH budget per annum to raise awareness of the condition amongst rural areas and in helping with the financial costs incurred by Albinos, putting a hefty 50 million of this towards sun tan lotion alone? Is this enough? Well systems like they are in various countries mean that this money was first allocated back in 2011 and there are another two years worth of similarly large amounts going through the processes to be used but the issue still does remain and unless people come together to help create the leadership element within the albino community to naturalise the condition and also money goes into educating these children I fear the issue will be around for a lot longer than it should be.